Pride in Perspective: Homosexuality in Britain Since 1967

Pride in Perspective: Homosexuality in Britain Since 1967

In July 1967 the Sexual Offences Act decriminalized homosexual acts between men, making it legal between two men over 21 in private (though not in Scotland or Northern Ireland—those laws were finally abolished in 1980 and 1982 respectively).

This legislation appears in retrospect to have initiated a cultural and sexual revolution that has culminated in legal and civil equality. However, we should bear in mind that this apparent upheaval was far more halting and more recent than is generally recognised.

At the time of the Act, even its sponsors, such as the Conservative peer Lord Arran, saw the legislation as a limited measure that would bring an end to the debate on homosexuality rather than open it up. “I ask those [homosexuals] to show their thanks by comporting themselves quietly and with dignity,” Arran commented after the Bill had passed, adding that “any form of ostentatious behaviour now or in the future or any form of public flaunting would be utterly distasteful.” A fact that is often forgotten is that the Act tightened up the law in several ways.  It increased the penalties for sex (or attempts to procure it) across the age of consent barrier and for public indecency, the former attracting a jail term of between two and five years. For many years after 1967 many more men were arrested and tried for homosexual offences than had been the case before decriminalization, a situation that continued into the 1990s. Between 1966 and 1974 the numbers of prosecutions for homosexual offences increased by fifty-five per cent, from 1553 to 2798 per year. Offences of “gross indecency” rose from 420 in 1966 to a peak of 2,022 in 1989.  Gay News was not alone in calling the 1967 Act a “con trick.” 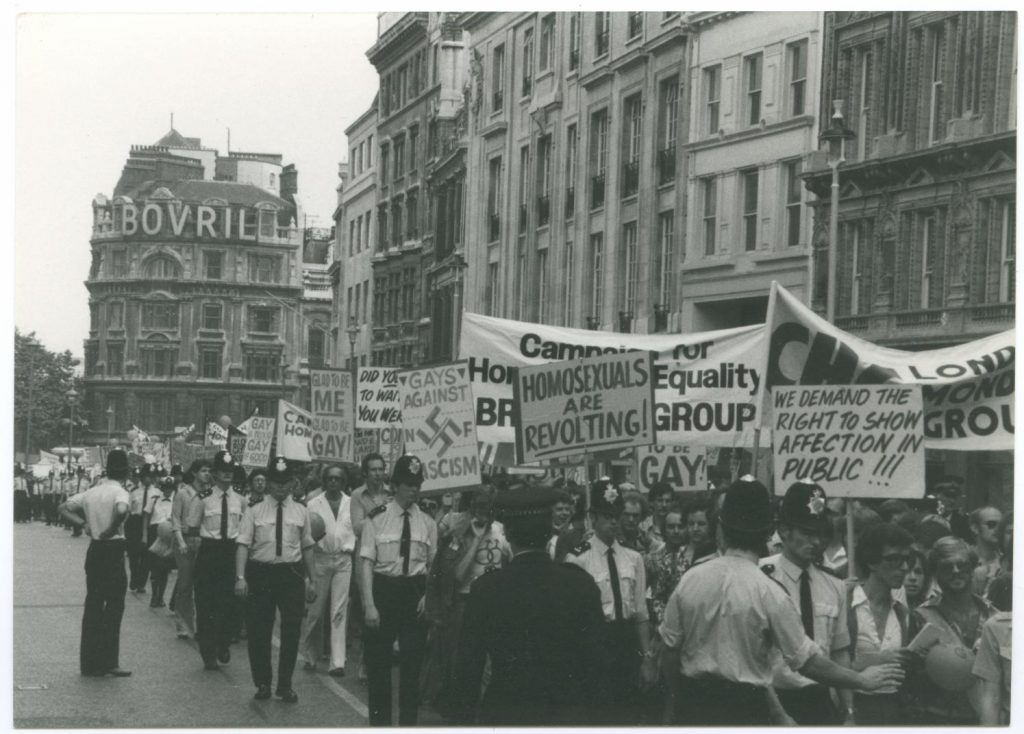 In spite of all that, the 1970s saw the flourishing of a gay and lesbian civil society based on political groups like the Gay Liberation Front (GLF), the Campaign for Homosexual Equality (CHE), and lesbian social-political groups like Kenric and Sappho . These organisations were not only political, but also aimed to foster links between gay people. To that end they sponsored their own magazines and clubs, and in that way helped to pioneer a new gay press. Though the GLF had fizzled out by 1973 it nevertheless provided a model for later activism and a language of positive affirmation. It helped to establish certain features of British society, such as the annual Gay Pride event in London, the first of which took place in July 1972 when 1,000 people marched from Trafalgar Square to Hyde Park.

The 1980s and early 1990s are often seen as a dark period, marked as they were by the AIDS crisis, a more openly homophobic political culture and continued police harassment. The first known case of an AIDS-related death in the UK was in July 1982 when Terry Higgins (who later gave his name to Britain’s most effective AIDS charity) died at St Thomas’ Hospital in London. Gay activists, who were busy setting up their own counselling, health and information services, attacked the slowness of the government’s response. The suspicion arose at the time that the Thatcher government lacked urgency because of its well-known antipathy to homosexuality and all the results of the so-called permissive society of the 1960s.

The atmosphere was not helped by the Section 28 controversy. That blew up when two Tory MPs, Jill Knight and David Wilshire, inserted an amendment (Clause or Section 28) into the 1988 Local Government Act that sought to prevent schools and public bodies from “promoting homosexuality as a pretended family relationship.” Knight’s chief exhibit against the “loony left” Labour councils who were supposedly promoting such views was Jenny Lives with Eric and Martin by Susanne Bösche, a book for children published in the Netherlands in 1983 about a gay family. The book, Knight alleged, used in London’s primary schools to indoctrinate children into homosexuality and progressive attitudes. In fact, Jenny had not been distributed in schools, and was instead buried in a massive bibliography of school textbooks that had been sent out and approved by the Department of Education in 1985. The response to Section 28 was wide and inventive protest, the most famous being the invasion, live on air, of the BBC 6pm news bulletin by four lesbian activists. 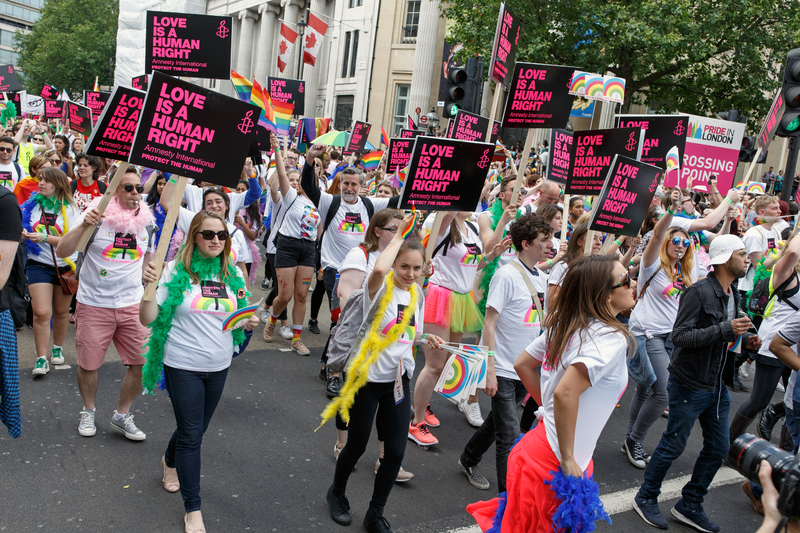 Given all that, the legal reforms of the Labour governments after 1997 represented a complete volte-face. Though the Conservative government of John Major had reduced the gay age of consent to 18, it wasn’t until 2000 that it was equalised at 16. Adoption rights for gay parents followed in 2002, while the laws against consenting homosexuality were finally removed from the statute book in 2003. Civil partnerships were permitted in 2004 and the right to marriage followed in 2014. In 2009 the then Tory leader David Cameron even apologised for his party’s (and his own) support of Section 28. Gender reassignment was recognised in 2010 as a protected characteristic in equality legislation. In 2012 the UK government allowed those convicted under anti-gay laws since the 1950s to apply to have their convictions disregarded, though only 242 did so. In 2017 the Scottish government apologised for the unjust anti-gay laws of the past.

Legal and civil equality for gay relationships, employment, and parenting has been achieved, but does that mean the completion of the revolution? Polling data shows that there is far from unanimous assent to this process. In 2016 36 per cent of those polled by the BBC still felt that homosexuality was always wrong. Acceptance also has its price. Many people lament the rise of “homonormativity,” or the depoliticisation of LGBTQ life in favour of domesticity and family. In addition, changing terminology has led to a degree of confusion. In a homophobic society, it was easy to define oneself against clear and powerful enemies. Now, however, the older terminology of lesbian and gay has multiplied into its constituent forms. The very term LGBTQ+ (not to mention “non-binary” or other neologisms) recognises that the “gay” world is one of diverse and sometimes conflicting identities. The achievement of legal and cultural equality (or something like it) has meant that the mirage of unity fostered by a persecuting society has dissolved.

Harry Cocks is Associate Professor of History at Nottingham University and author of Visions of Sodom (2017), Classified (2009), and Nameless Offences (2003).