Last weekend a statue of Edward Colston, a prominent slave trader, was torn down in Bristol during an anti-racism protest. The statue had been a source of controversy in the city for a long time and after years of fruitless debate members of the public decided to take matters into their own hands. This is only one example of the many controversial monuments and statues that litter our urban landscapes. In an ever more global society it is important, and long overdue, that we reassess public commemoration through monuments in the United Kingdom. Who is chosen to be immortalised in the form of a statue and why? How effective are these monuments in keeping history alive and informing public opinion? How can historians and local councils ensure monuments are informative and still relevant in today's society? 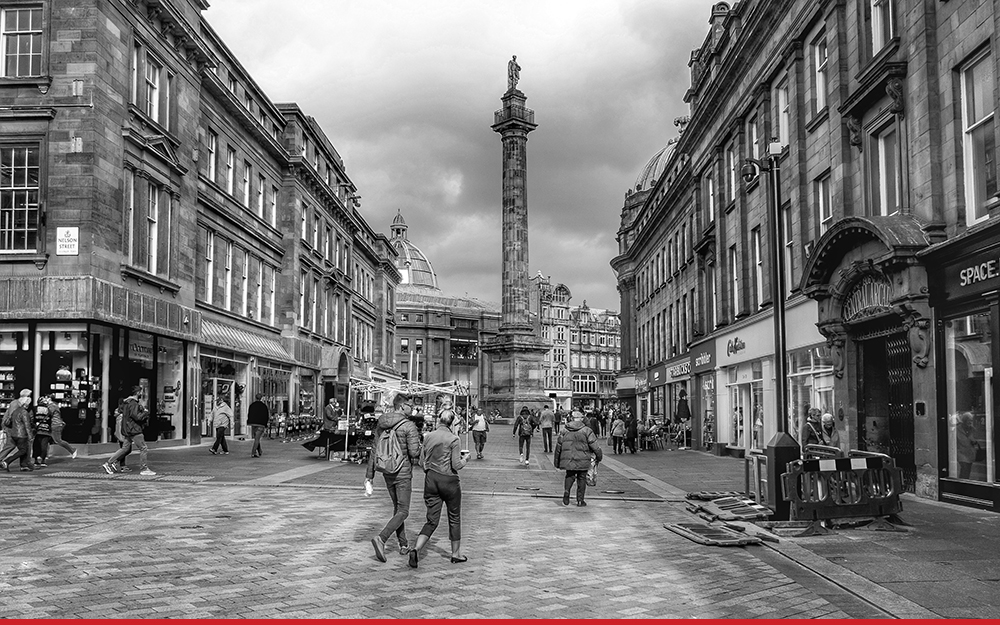 Firstly, we should consider why statues and monuments exist. Professor Erika Doss succinctly explains that monuments are concerned with "saying thank you to our heroes, we want to pay due respect and preserve memory as we worry about forgetting". As we enter the third decade of the 21st century we need to reconsider who, as a society, we want to pay respect to. Professor Doss also adds that "historically speaking our heroes are political and military figures, we have a male-centred history, so we have more male statues." Over the past few years a growing awareness of gender inequality in our monuments has been hotly debated. The Public Monument and Sculpture Association (PMSA) is a volunteer-run charity which has drawn attention to the fact that of 828 statues in the UK, only 174 are female. Of these 174, only 64 are named women, and 38 of these are royalty. Over the past few years there has been a marked increase in the number of statues of women built in an attempt to redress the gender imbalance and commemorate the important contributions of women to our society.

The towering figure of 2nd Earl Charles Grey’s monument dominates the skyline in Newcastle and, in many ways, signifies the archetypal monument. Like the majority of our commemorated heroes Grey is white, aristocratic and male. He is credited with the passing of the Great Reform Act of 1832. However, when researching Grey’s achievements it becomes increasingly apparent that the real Charles Grey was not the committed, heroic reformer that his monument suggests. A large plaque boldly states that Grey was, "The fearless and consistent champion of civil and religious liberty." In reality Grey agreed to reform out of necessity rather than conviction. As Historian Evans successfully argues in The Great Reform Act, Grey believed that moderate reform was the only secure route to political stability. He feared the masses rising and revolution, as had happened over the previous century in France. Grey believed the Reform Act he championed would actually strengthen the aristocracy and he actively worked against one of the most important legacies of the 1832 Reform Act – the increased politicisation of the working classes. Historian E.A.Smith argues in his book Lord Grey 1764-1845 that ’Grey was the most aristocratic of men, by temperament and conviction, he was also a firm believer in the aristocratic principle of government’. Furthermore, Grey conspired with the King as how best to shut down the Political Unions, he wrote "Of their dangerous and unconstitutional character there can be one opinion. That it is illegal." Despite this, he towers over the working masses in Newcastle today, just as he did in the 1800’s. It begs the question, is this the kind of person we should be looking up to?

Why then, was Grey chosen for such an honour? Cultural historian Alon Confino asserts that ‘One cannot avoid a sense that the choice of subjects is all too often governed by the fashions of the day’. Lord Grey’s monument was proposed and created privately by his friends. When the statue was first suggested in 1833 Grey was seen as a heroic reformer and was highly fashionable. It did not take long for his reputation to be muddied, despite this, his friends still wanted to portray him as the hero of reform. Research has shown that Grey’s monument was heavily criticised by contemporaries. One paper wrote "this column was erected to Earl Grey, who, in order to aggrandise his own family, deceived the whole nation, to whom he promised real reform." This is a perfect example of what Professor Kirk Savage argues, that public monuments tend to be conservative and lag behind social trends. Despite this negative critical reception, the monument eventually found a place in people's hearts, but interest in the person whom it commemorates gradually waned. Research published by Paul Usherwood, Jeremy Beach and Catherine Morris explores this problem. Grey is right in the heart of Newcastle, with plaques proclaiming him as a 'Great Reformer', and yet still no one remembers the reason he is there. This highlights the limitations of statues as a form of commemoration.

In an effort to avoid controversy it is customary to wait 10 years after someone has died until a statue is created. A council spokesperson explains that "it’s a guideline to make sure we are getting people whose legacies will endure." However, even after this test, statues are more often than not ignored and uncared for. Unless they are great works of art they end up being forgotten, slipping into the urban fabric. This becomes a problem when controversial figures are left erected in our cities and towns. The monument to Earl Grey is just one example of hundreds of, at best outdated, at worst offensive, monuments in the UK.

The toppling of Edward Colston in Bristol last weekend should trigger a reassessment of who we are choosing to commemorate. Colston was a member of the Royal African Company, which had a monopoly on the West African slave trade in the late 17th century. His statue was erected in 1895 and has come under increased criticism over the past few years. Campaigners argue that his connections with slavery make his statue offensive and that "he does not represent our diverse and multicultural city." Neither is this phenomenon restricted to the UK. This is a global issue. In 2015 Chumani Maxwele, a student at the University of Cape Town, threw excrement at a statue of Cecil Rhodes, British diamond magnate, colonial politician and avowed white supremacist. This incident attracted national attention and the statue of Rhodes was ultimately torn down. In the UK, the ‘Rhodes must Fall’ campaign has been attempting, thus far unsuccessfully, to remove a statue of the same Cecil Rhodes from the Oxford University campus. It is evident that a full reconsideration of who is commemorated in the United Kingdom is necessary.

As well as reassessment of who is commemorated I argue that statues and monuments are not, by themselves, effective in commemorating complex people and events. The real legacies of our traditional heroes are more nuanced than a statue can convey. History is better served by debate. Art critic Jonathan Jones rants "Write history, make films, put on plays – there are so many good ways to keep the radical past alive! The dead art of statuary is not one of them."

How then, can historians and city councils ensure that monuments and statues are relevant in the 21st Century?

It is clear that monuments and statues are largely ineffective in commemoration because people lose sight of their symbolic significance. Some cultures effectively use statues as a centrepiece at a community event/festival. For example, in Sicily every year the city of Trapani’s statue of the Virgin Mary magically comes alive and moves through the streets, carried at the head of a long procession to the rhythmic sounds of a brass band. The effect is said to be mystical and it is a much more engaging way of using the statue to tell a shared past and involving the community. The history the statue represents lives on as a symbol of the community. I am not suggesting that we begin to parade Earl Grey’s monument around the streets of Newcastle. However, the idea of a public festival and retelling the stories of the people behind the statues could be an engaging and fun way to involve the community in its past.

Another interesting way of bringing statues to life was recently tested in London and Manchester. A group of heavyweight writers and historians were involved in creating and reading speeches that were available through mobile phones when near a statue. Thirty-five statues, with the voice of celebrities such as Patrick Stewart, transformed statues and brought them to life. This project breathed new life into weary landmarks. It also allowed for a more nuanced telling of history. This is an engaging project bears repeating. If statues and memorials are going to remain relevant commemoration needs to be more varied than the conservative archetypal statue. These monuments alone clutter the country and rarely achieve historical significance.

To conclude, it is time for people across the UK and the world to take an unbiased look at our monuments and decide which are relevant to the society we hope to build. It is not enough to blindly conserve monuments that were erected in a different time. The proper place for some of these monuments is in a museum. Furthermore, for statues and monuments to be relevant in our century we need to continue to work towards an increased diversity of figures represented. Statues should be representative of a cross section of society, moving away from the archetypal white, male aristocrat. Monuments on their own are not enough to be relevant in our fast-paced modern lives. We need to work on public engagement activities, especially in our local communities, to show the real nuances behind these frozen statues.