History and identity: tracing the legacy of colonial history in modern French identity

History and identity: tracing the legacy of colonial history in modern French identity

In contemporary political debate, memories of empire have a potent appeal. The spectre of empire holds a certain allure, promising power, glory and greatness. Particularly affected by this have been the old colonial giants of Europe, including France. In this essay I will sketch a history of how France has had its identity dramatically shaped by the legacy of colonisation and empire. In order to assess the effect on identity, we must trace and define French identity back to its modern roots in the French revolution. 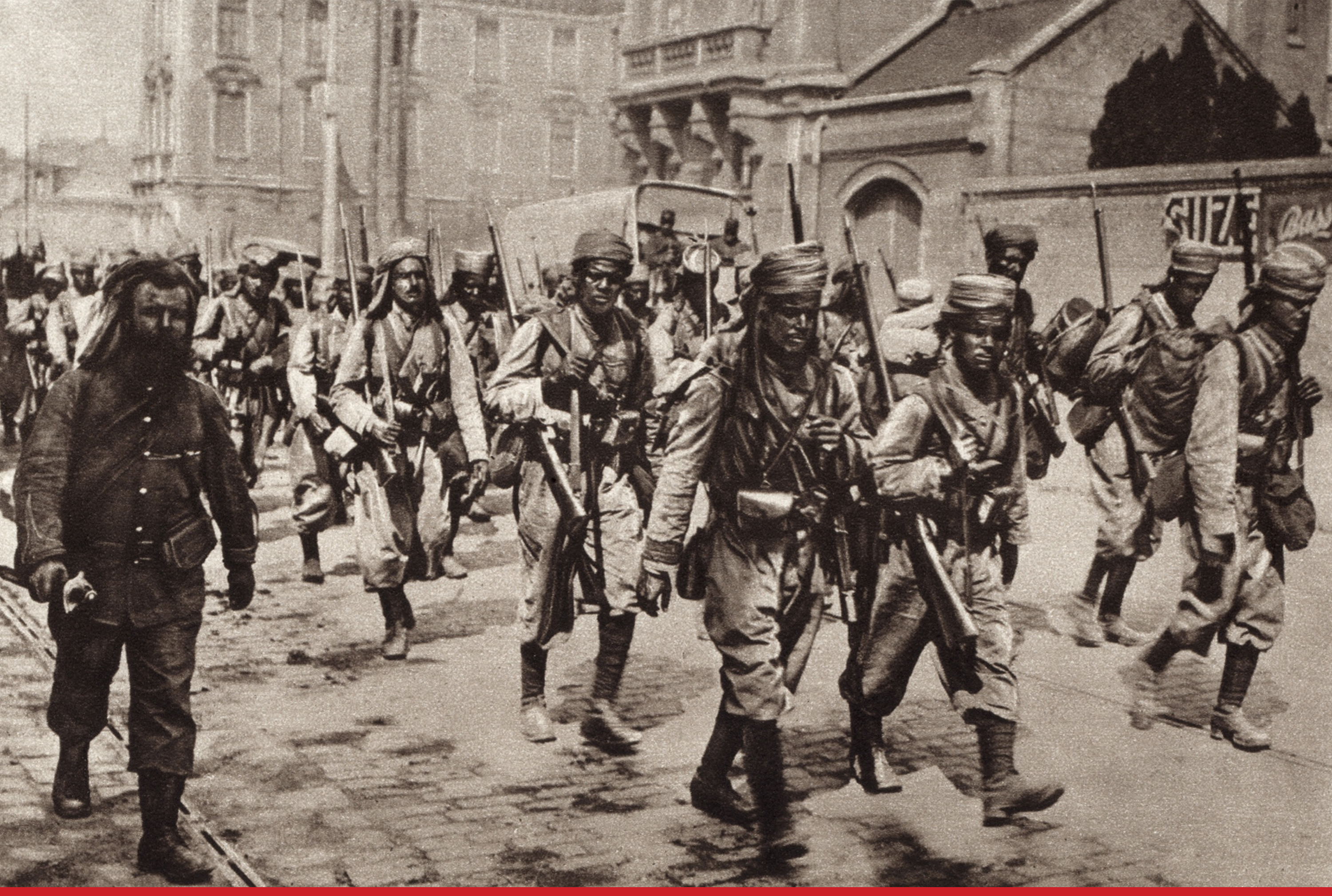 The French Revolution of 1789 imbued both French elites and the wider population with a strong sense of republican values. These values were optimised by France’s national motto of liberté (liberty), égalité (equality), and fraternité (brotherhood). These three tenets were underpinned by the republican conception of universalism, which stated that these concepts could be understood by any rational human actor and should be celebrated and spread across the world. This logic would later form the basis of the French ‘civilising mission’ that allegedly aimed to help underdeveloped societies through the exportation and implementation of these Enlightenment values.

French colonial activity started with the 1830 invasion of Algeria. However, it was not until after the establishment of the French Third Republic in 1870 that the process of colonisation was solidified and the empire became concrete. From the period of 1870-1914, the French state took control of areas ranging from modern day Cambodia, Thailand, and Vietnam, to North Africa and eventually parts of the Middle East.

Throughout the same period, France as a centralised metropolitan nation was being constructed, with the semi-autonomous metropolitan provinces being assimilated and brought under social control by the central government in Paris. This process included the rolling out of universal education for the masses, the eradication of regional dialects, and the establishment of conscription for adult men across the metropole. This process of centralisation occurred at the same time as imperial expansion, meaning the colonies did hold a certain poignancy in regards to French identity. French elites flirted with the idea that colonies could assimilate in the same way as these metropolitan regions. In reality, colonial assimilation remained purely rhetorical and their true value came from infusing French national identity with a sense of international ‘greatness’.

Despite assimilationist and republican rhetoric from French officials, the French never truly accepted colonial populations as equals, and they were kept at arm's length. Ultimately, due to geographic and policy factors, assimilation of the colonies with metropolitan France failed. By the inter-war period (1918-1939), French colonial policy shifted towards ‘association’, which was built on the science of eugenics. French elites increasingly relied on problematic theoreticians who claimed that colonial populations were inferior, and therefore were unable to be assimilated with sophisticated French society and culture. Instead, evolutionary development of colonies would occur from a distance, with a permanent separation between French and colonial populations. This helps explain how colonial identities developed in parallel with Frenchness, rather than as a part of it.

‘Associationist’ policies based on eugenics dominated the inter-war years and were used to justify ruthless French exploitation of colonial subjects. Colonial populations faced economic exploitation of labour, a lack of political rights, unfavourable trade with metropolitan France, and a lack of investment. Those colonial subjects who most resembled white ethnicity were deemed more acceptable to French identity and openly racist views dominated this period. These injustices sowed the seeds of discontent amongst colonial populations and ensured that colonial populations experienced a second-rate citizenship that excluded them from truly feeling French.

This was exacerbated by the fact the French metropolitan population were apathetic to the colonial project and did not see the colonies as essential to French identity. Instead, colonies were noted for their cultural exoticism, which was prominent in their popular representations in France. These representations largely traded in racial stereotypes and were used in advertising, marketing schemes, and featured in popular writing, filmmaking and music. Moreover, air travel and tourism to the colonies was strictly unaffordable for anyone but wealthy elites, meaning most French citizens had no exposure to the colonies or their people. This ensured that the French metropolitan population saw colonial people merely as a distant, exotic ‘other’, rather than equal partners in the French national project.

The French Empire was thrown into turmoil by the onset of WWII and the Nazi occupation of metropolitan France. The Third Republic, which had seen the massive expansion of French colonialism, was liquidated in 1940 with France’s surrender to Nazi Germany. Although WWII was born from the great power rivalries of Europe, colonial nations across the world became battlefields in which the Allies and Axis conducted total war. Free France, the government in-exile led by Charles de-Gaulle, set up in French colonial territories and slowly retook many of its colonial subjects from the Nazi-installed Vichy government. This battle for the colonies was indicative of their place in French identity, becoming nothing more than pawns in the power games of French elites

From this point forward, not much could be done to relieve the growing anti-colonial rage towards France, which had not only brutally exploited its subjects for resources, but had now dragged its people into one of the most bloody and destructive wars in human history. Additionally, the inferiority that France had bestowed upon its colonial citizens, coupled with France’s damaged reputation after humiliation during WWII, fostered resentment and created a perceived weakness from which colonies found the confidence to pursue a new identity independent from France

A proliferation of break-away national identities led to bloody and violent insurrections that had at their core the essence of identity itself. Ironically, rebelling colonies used revolutionary republican rhetoric to justify insurrection, using a key facet of French identity against France. Newly emerging colonial nations struggled to reconcile their experience of French rule with their new sense of independent identity. As Algerian intellectual and separatist Mouloud Feraoun said, “France is the spirit of my soul, but Algeria is the soul of my spirit”.

The wars of decolonisation broke the myth of a unified French identity. Indochinese territories were the first to gain independence in 1954, the same year the brutal Algerian War started, which resulted in the independence of Algeria in 1962. Decolonisation showed a rejection of Frenchness and damaged the sense of ‘greatness’ that French elites had sought to imbue in their national identity.

Collapse and the Pivot to Europe

After the collapse of the empire, France sought to retain its national sense of ‘greatness’ through playing a central role in the emerging European Economic Community and future European integration. The Treaty of Rome, which established the ECC, was signed in 1957 as the empire burned to the ground across the globe.

Despite the new focus on Europe, France retained a large role in administrative, judicial, and military matters during the transitional phase its ex-colonies were undergoing, through the signing of bilateral agreements. This desire to retain influence should not be seen as predicated on some imperative of national identity but was more geared towards maintaining influence in the colonies and ensuring France was still seen as a major player on the world stage.

Despite this, by the 1980s France’s relationship with its ex-colonies was increasingly fruitless in terms of trade and diplomatic exchange, especially when compared with the booming European Community. France doubled down on European integration and distanced itself from its former colonies, many of which were indulging in authoritarian dictatorships. Close relations with these regimes was undesirable and damaging to France’s reputation and authoritarianism ultimately demonstrated the abject failure to export Republican values through colonialism.

Modern France has turned away from its colonial past and instead embraced a wider European identity loosely based on the ideals of peace, market-driven prosperity, democracy and white Christianity. The current 27 EU members are predominantly white, Christian nations and this has meant that French identity has internalised this into its psyche.

Despite this change, decolonisation did not fundamentally destabilise French identity because French identity was overwhelmingly predicated on the ‘superiority’ of metropolitan France. This meant that, despite the massive practical upheaval of losing an empire, the metropolitan area of France could fall back on its ready-made boundaries to re-adjust national identity, which had been constructed independently from its colonies.

In the modern era, France’s migration policy and national identity has stabilised around strict assimilation policies and a rejection of multiculturalism. New immigrants are expected to be respectful citizens who have an understanding of republican and western liberal values. Minority cultural expression, including former colonial cultures, is expected to be limited to the private sphere and is not seen as part of national identity. There is a strong consensus around assimilation across the political spectrum.

Acceptance in modern France is largely based on ethnicity and even white immigrants from ‘EU27’ countries suffer discrimination on this basis. Eastern European migrants are stigmatised due to being slavic, but retain a level of acceptance due to their shared whiteness with ancestral France. Beyond this, non-white, and specifically Muslim immigrants, face an increasing sense of rejection from French national identity, even as official citizens. Muslim and non-white migrants are growingly seen as incompatible with French republican and liberal values, partially fueled by Islamic terror attacks across Europe and the fear of Islamification.

Growing ethno-nationalist sentiments in France have been embodied in the success of Marine Le Pen, who champions this exclusionary, ethnicity based definition of French identity. She has gone as far as likening Islamic migration to Nazi occupation. In 2017, she won over ten million votes, showing a prominent appetite for ethno-cultural nationalism in France.

These sentiments are largely ignorant of the fact that France’s colonial actions fueled widespread non-white migration to France. Exclusionary sentiments with regard to identity are a continuation of the colonial dualism that marks out superior white people, and inferior non-white people. One study found that over half of immigrants who have achieved citizenship status feel they do not look French. Thus, post-decolonisation, many immigrants from France’s former colonies are excluded from modern conceptions of Frenchness, and colonial history holds little weight in this debate.

Sean Waite is a Political Science graduate of Birmingham and Aarhus University.