25 March marks The International Day of Remembrance of the Victims of Slavery and the Transatlantic Slave Trade, a moment to remember those who suffered under slavery and to reflect upon slavery’s legacy in contemporary society.

Between 1526 and 1867, somewhere between 10 million and 12.5 million African men, women and children were stolen from their homelands, shipped across the Atlantic Ocean to the Americas, and—if they survived the journey—were tortured and forced to work without pay for European and American enslavers. The transatlantic slave trade was a “triangular trade” between Europe, West Africa, and the Americas, and was a highly lucrative system upon which much of Britain’s wealth was founded.

Cities like Liverpool flourished, as merchants, bankers, businessmen and insurance companies invested in the slave trade and used their connections to profit from enslaved labour. Thomas Leyland (c.1752-1827), for example, was a Liverpool merchant and slave trader worth £600,000 at his death, who through his revenue from slavery established a banking business that is now part of HSBC. His accounts and letterbooks, digitised by British Online Archives, demonstrate that he was financially involved in 69 slaving ships that took around 22,365 Africans to the Americas. 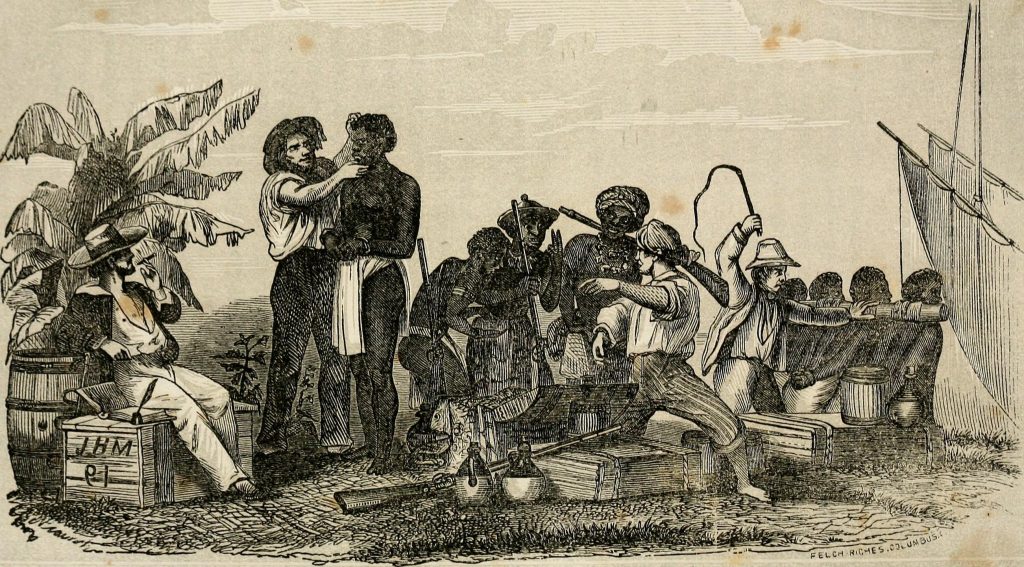 While we know a great deal about men like Leyland, however, we know far less about those he enslaved. His ships’ accounts do not tell us much about those 22,365 individuals, about their families, or their suffering on board his ships; they exist in Leyland’s records only as numbers, quantified by their sale value. However, African writer and abolitionist Olaudah Equiano described the horrific experience of the “middle passage” in his 1789 narrative:


“The closeness of the place, and the heat of the climate, added to the number in the ship, which was so crowded that each had scarcely room to turn himself, almost suffocated us. This produced copious perspirations, so that the air soon became unfit for respiration, from a variety of loathsome smells, and brought on a sickness among the slaves, of which many died, thus falling victims to the improvident avarice, as I may call it, of their purchasers ... The shrieks of the women, and the groans of the dying, rendered the whole a scene of horror almost inconceivable.”

In his instructions to John Whittle, the Captain of the Lottery, a ship that carried 453 Africans to Barbados in 1796, Leyland was clear that “humane treatment of the slaves” was paramount. According to his letter, this was not, however, a humanitarian impulse in response to reading the horrific experiences of young men like Equiano. For Leyland, humane treatment was necessary to ensure that the human cargo reached the “market in health” (and thus made a good price), and to “avoid insurrections.” 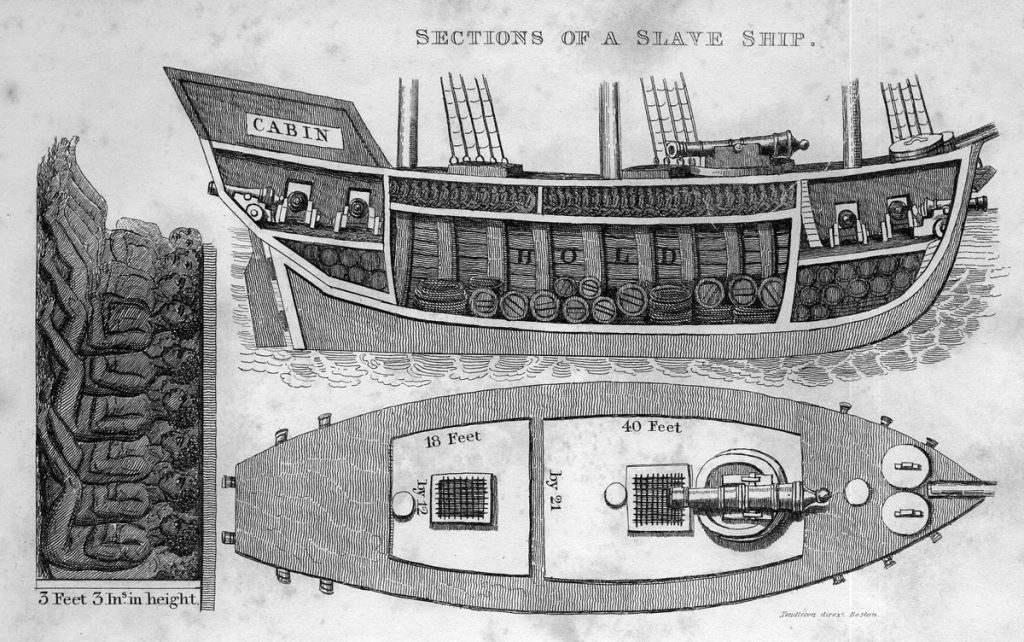 In Leyland’s instructions we can clearly see enslavers’ calculated avarice, but we can also catch a glimpse of enslaved agency and resistance. Enslaved people were by no means passive victims of the system of slavery. While there were moments of outright rebellion (the most famous being the Haitian Revolution (1791-1804), in which enslaved people were able to successfully overthrow their oppressors), most resistance took the form of smaller-scale acts of defiance such as running away, working slowly, stealing food or damaging crops. Resistance could also be violent, as enslaved people fought back against their enslavers, sometimes killing them. Usually this occurred on an individual basis, but occasionally resistance evolved into rebellion. In August 1831, for example, Nat Turner led a rebellion in Southampton County, Virginia, that killed around sixty white men, women, and children. In Jamaica later that same year, enslaved people caused so much property damage during the Baptist War that they hastened the British Parliament towards emancipation. Leyland’s fear of insurrection was well-founded.

Emancipation did not bring with it an end to oppression, racism, or discrimination. After four years of Apprenticeship, freedom came in the British Caribbean in 1838, but it did not include political or civil rights for formerly enslaved people. Instead, newly freed black workers had to negotiate with their former enslavers and fight for fairer treatment. British Online Archives hosts the records of Amity Hall, a sugar plantation in Jamaica owned by the Goulburn family, where documents show that formerly enslaved people refused to harvest the sugar crop until they received high enough wages for their labour; demonstrating continuing resistance to an exploitative regime.

In the meantime, British enslavers were compensated for the loss of their property, and through their investments brought the legacies of slave ownership into modern Britain. The legacy of slavery can be seen in both the wealth gaps between black and white that stem from the inequalities of emancipation, but also in the continuing violence and discrimination faced by people of colour in Britain since the nineteenth century. 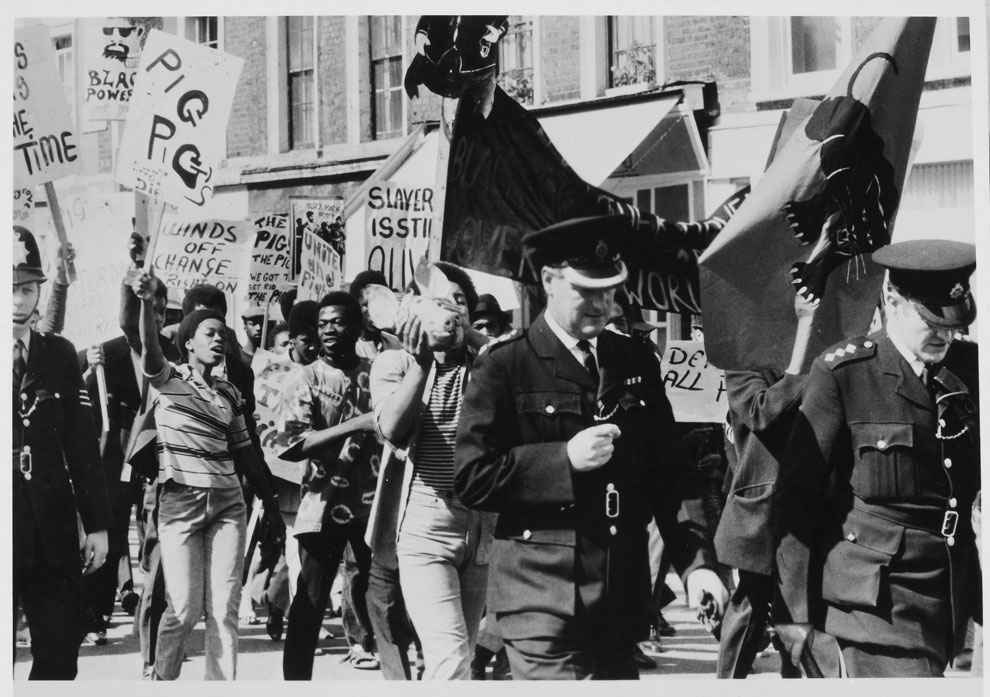 It is important to remember that while enslaved people were certainly victims of vicious white supremacy and extreme violence, they were not only victims. They were mothers, fathers, sisters, brothers, husbands, wives; they were cooks, dancers, seamstresses, carpenters; they were lovers, dreamers, fighters: they were people. It is for this reason that historians in recent years have moved away from using the word “slave,” and instead use “enslaved people” to emphasise the very humanity that the brutal system of slavery (unsuccessfully) attempted to strip away. It is these people, who never stopped fighting for their freedom, that we honour and remember each year on 25 March.

Dr Lydia Plath is a historian of the United States, with a specialism in the history of race relations and racial violence. Her recent research has included projects on non-traditional forms of slavery, as well as the representation of slavery in twentieth and twenty-first century American cinema. Dr Plath is also a Senior Fellow of the Higher Education Academy and a Fellow of the Warwick International Higher Education Academy. She currently manages the British Association for American Studies US Embassy Grants Programme and serves on the committee for the Association of British American Nineteenth Century Historians (BrANCH) and the Memberships Committee for the Southern Historical Association.