If the lives and achievements of just over half of the population were fully acknowledged as a vital part of the human story then, by definition, it wouldn’t.

The tendency to see women’s experiences as ‘niche’ is in part a long hangover from the Great Individuals School of historical writing. When British historians were mainly white, male, and often upper class, they tended to write in their own image.

The majority of the population—the peasant class, later the working-class—made appearances in the canon, but usually as a problem—‘rioting’, rebelling, starving, spreading cholera, venereal disease or, even worse, socialism. The same was true of those subject to the British Empire, including those enslaved by it and protesting against it, and of people of colour in general. 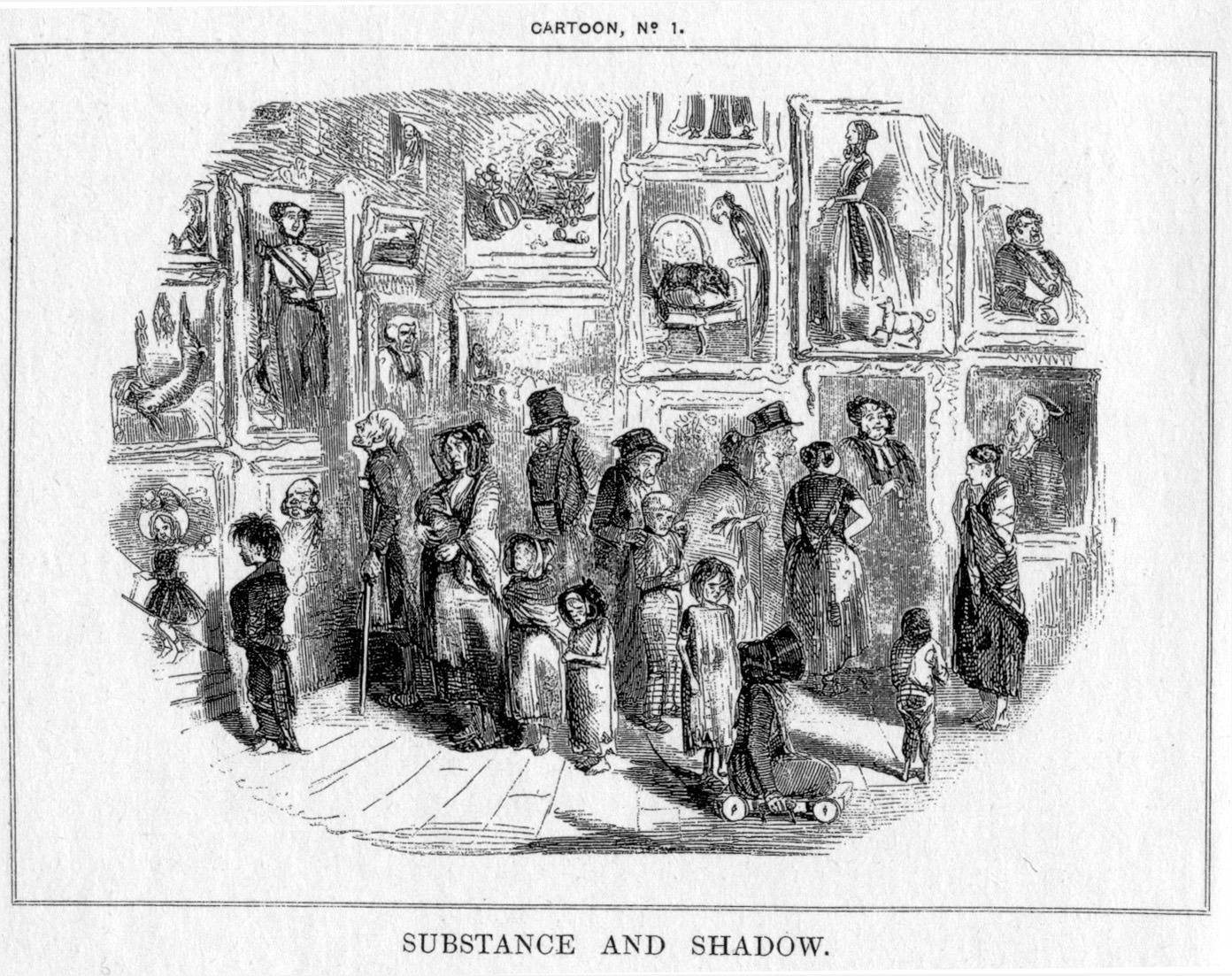 The joy of the Protest archive is that it reflects none of those prejudices. Suffragettes rub shoulders with slavery abolitionists and matchwomen; problematic groups to draw lessons from are the British Union of Fascists and slave owners, not ordinary citizens.

The story of the Bow Matchwomen and their 1888 strike, an array of documents from which are presented here, shows exactly how the focus on the establishment view of events distorts the sweep of our national story. When I began researching the strike in 1997, the orthodox view was of a minor event orchestrated entirely from outside the workforce, by middle-class London socialists.

As a trade unionist, this piqued my interest; it was at odds with my own understanding of how industrial action happened. The primary material in the archive was crucial in my discovery that the strike was in fact completely worker-led; that the middle-class activists said to have led it actually initially opposed it; and that the victory by working-class women over a powerful employer was groundbreaking, and triggered an entire new movement of working-class trade unionism.
In the archive, we see how the image of the matchwomen as powerless developed and was exploited by different interest groups. A press cartoon from the 1870s contrasts Irish home rule protests with the suppression by police of matchworkers opposing a proposed new match tax: the Fenians are sinister-looking, lantern-jawed men, the matchgirls wide-eyed, terrified children. 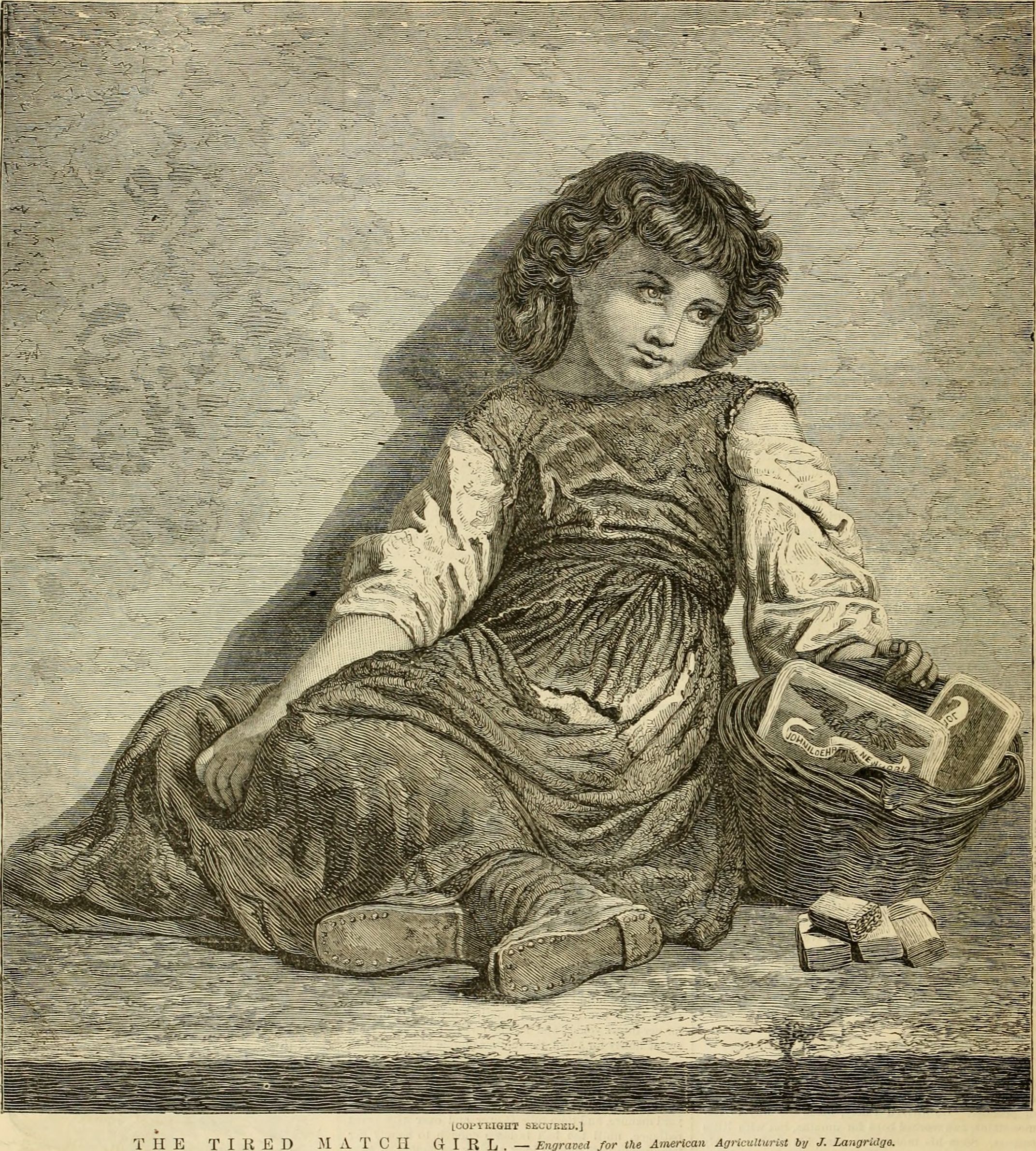 In fact many matchwomen, predominantly from Irish backgrounds and politically astute, would have been marching with the Fenians; but it was convenient for both employers and the media to build on that waif-like construct and present them as ill-informed girls misled by agent provocateurs of the left into striking. This further suited the general Victorian view of women as passive and apolitical, and comforted those terrified of revolution amongst the ‘dangerous classes’.
It was the matchwomen themselves who shattered this stereotype, holding public mass meetings to discuss their grievances, and marching to Parliament. MPs learned to their surprise that these were eloquent, savvy young women, who were being ruthlessly exploited. Their strike and victory was said to have revolutionised the British conception of the ‘working girl’.

The London Dockers strikers of 1889 credited the matchwomen as their inspiration. The matchwomen’s union helped and advised them. Despite this, history has tended to default back to the matchwomen as influenced into striking by socialist puppet-masters, and having little or no influence on the ‘tremendous harvest’ of New Unionism which followed, when millions used strikes to form new unions. The Dock Strike was continually credited as the start of this movement—in spite of Dockers themselves pointing to the matchwomen as its progenitors.

Even historians of the left promulgated this, perhaps showing that working-class women demonstrating such power continued to be so surprising as to be shocking, and so shocking as to be implausible. The story was downplayed and rewritten, both deliberately and unconsciously.

We see this too in the outrage and disbelief of both Bryant & May and sections of the media after the strike began. The firm reacted with bewildered fury and confusion as events moved beyond its control.

Every twist and turn played out in the pages of the British press; cuttings in the archive show claim and counter-claim flying all that July.
Bryant & May continued their bravado even in defeat: records of the first shareholders meeting after the workers’ resounding victory show Chairman Wilberforce Bryant telling them: ‘You are all pretty well aware what this strike as arisen from. For a considerable time, an agitation has been at work in the East-end of London tending to...upset the minds of the workers’

In the workplace, however, there was no getting around the fact that Bryant & May had been conclusively bested: their workers founded the largest union of women and girls in the country. 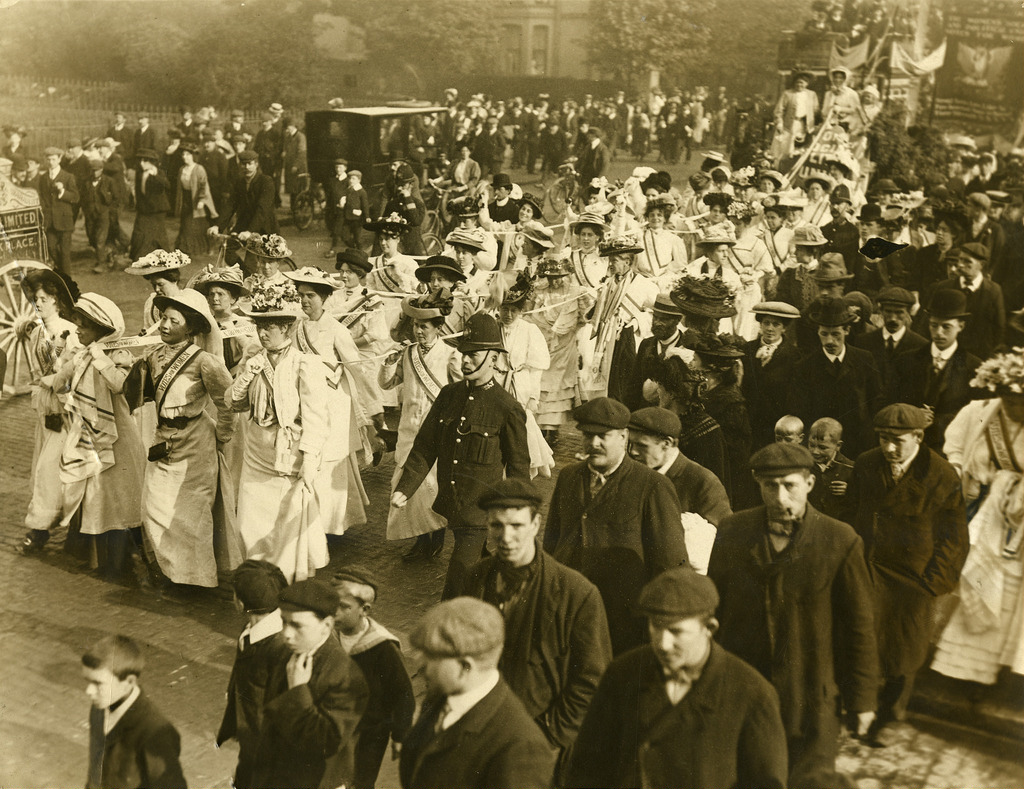 Many of those matchwomen would undoubtedly have gone on to be suffragettes or suffragists (the former denoting members of the tactically-militant WSPU): working class women were extremely active in the cause, and the East End of London a hub of activity.

With this campaign, too, we lose a rich and varied history if we focus only on ‘great individuals’ at the expense of a truly varied mass movement.
The online records of the Scottish Suffrage Society illuminate the hard and relentless work suffragists undertook for decades in the cause of women, even after the limited franchise was won in 1918 and extended in 1928.

Scottish suffragists were not just concerned with the single issue of the vote. A society that held ‘drawing-room meetings’ might sound gentile, but this collection shows women unafraid to deal with ‘unladylike’ issues. Notes from 1920 show suffragists involved with the Society for Controlling Venereal Disease; they also forged strong links with trade unions, and in the 1920 women bakers’ dispute met with the women at grass roots as well as union officials.

From conscientious objectors to mill-workers and anti-imperialists to the founders of the Labour Party, these fascinating records illuminate those too often consigned to the dark sidelines of the historical stage by what E P Thompson called the ‘enormous condescension of posterity’, but whose agency has shaped the world we live in.

Dr Louise Raw is a historian, broadcaster, author of ‘Striking a Light’ (Bloomsbury) on the 1888 Matchwomen’s Strike and organiser of the annual London Matchwomen’s Festival, which takes place this year on 30 June in Bow.

You can book tickets for the Matchwomen's Festival online.

Dr Louise Raw is a historian, broadcaster, author of ‘Striking a Light’ (Bloomsbury) on the 1888 Matchwomen’s Strike, and organiser of the annual London Matchwomen’s Festival: https://www.eventbrite.co.uk/e/matchwomens-festival-2018-celebrating-130-years-tickets-35984132509