The centenary of the partition of Ireland: Assessing the past, present, and future of the...

The centenary of the partition of Ireland: Assessing the past, present, and future of the United Kingdom

To little fanfare, this month marked the centenary of the partition of Ireland. 100 years ago on 3rd May 1921, the separate self-governing states of Northern Ireland and Southern Ireland were created under the enactment of the Government of Ireland Act 1920, put forward in Westminster by the UK Liberal Prime Minister David Lloyd George. Whilst this anniversary does not commemorate the establishment of the Irish Free State or Irish independence, it can be argued partition was a seminal moment that signified the first official constitutional cracks in the breakup of the United Kingdom of Great Britain and Ireland. The Anglo-Irish Treaty of 1921 that followed partition resulted in the establishment of the nation presently referred to as the Republic of Ireland. This article will assess the shape of the Union 100 years on from partition and consider what it may look like a century from now. 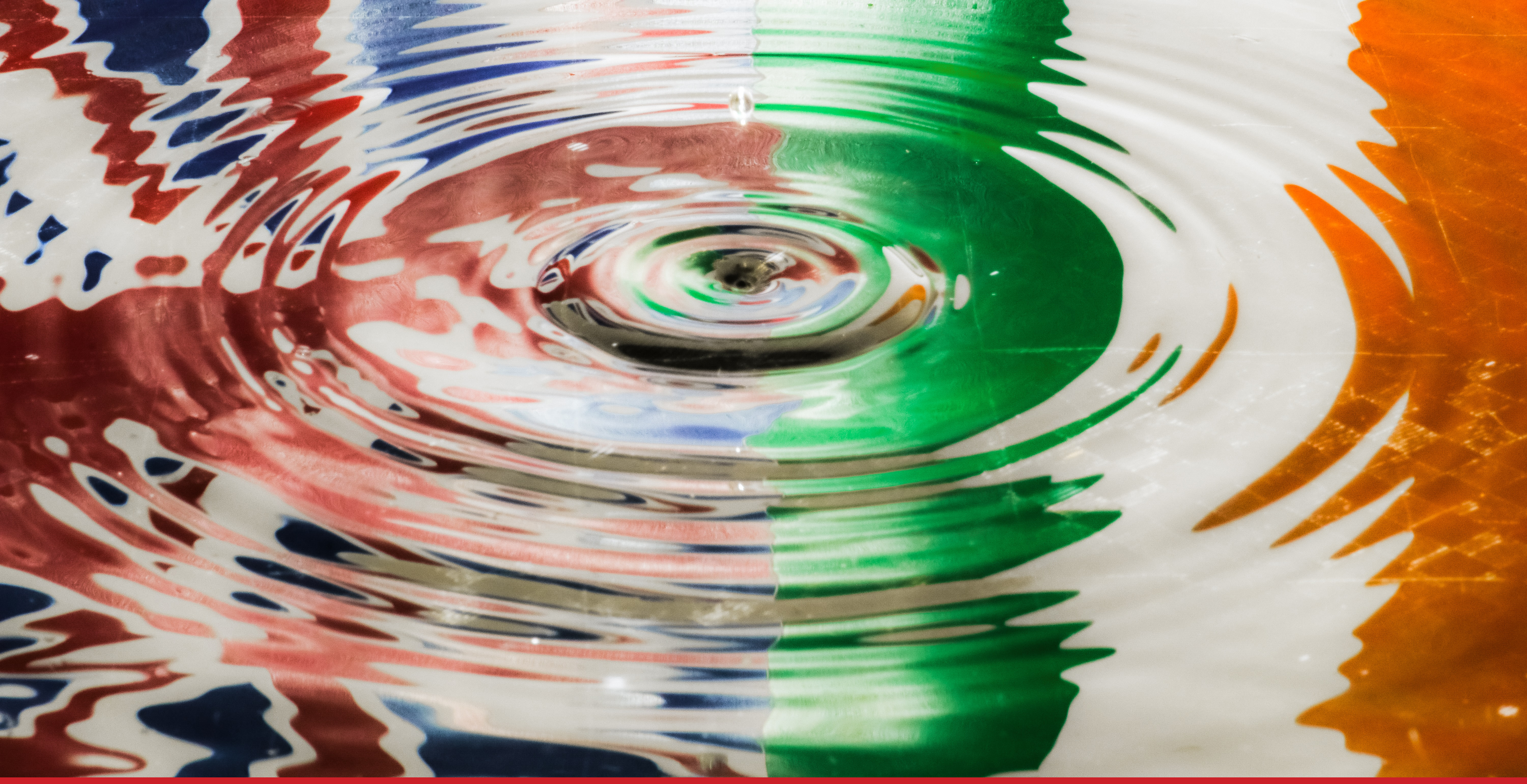 The Government of Ireland Act, 1921

The Irish poet and revolutionary Patrick Pearse delivered a passionate oration at the graveside of deceased Fenian leader Jeremiah O’Donovan Rossa in 1915, concluding that “Ireland unfree shall never be at peace”(‘Ireland unfree shall never be at peace’ | Century Ireland, 2021). His words proved prophetic, the Easter Rising followed just a year later. The Government of Ireland Act was the direct descendent of the pre-war Third Home Rule Bill, which according to Historian Roy Foster was essentially constructed to solve the Irish problem as it stood in 1914 not as it was in 1920 (Foster, 1989). By the time the Act came into force nearly half a decade after the 1916 rising, there is no doubt it was an inadequate piece of legislation that was behind the times, failing to meet the mood of the moment.

During the years between the Easter Rising and Partition, the general election of 1918 had seen Éamon de Valera’s Sinn Féin gain 73 of the 105 parliamentary seats in Ireland, becoming the 3rd largest party within the UK in the process, behind only the Conservatives and the Coalition Liberals. Sinn Féin contested the election on an unashamedly pro-independence stance, standing on a platform for ‘an independent sovereign Ireland’.

A century on from partition many would argue history is repeating itself, this time with regards to Ireland’s Celtic cousin - Scotland. The 3rd largest party in the UK continues to be a secessionist party - the Scottish National Party. The 2019 general election saw them pick up 48 of the 59 parliamentary seats in Scotland, on a manifesto that demanded “our right as a country to decide our own future”, through voting for “Scotland’s right to choose our own future in a new independence referendum”. In the 18 months since, calls for Scotland to become an independent nation have only continued to grow.

As well as being the month of partition’s centenary, May 2021 has also seen the largest set of UK elections for a generation, outside of a general election. These Scottish Parliamentary elections had been earmarked as possessing the potential to have a substantial impact on altering the makeup of a Union that for the past century since partition has remained intact. All eyes were on Holyrood and the SNP’s quest to achieve an unprecedented outright majority, through a proportional electoral system whose very existence is designed to make such a feat impossible. To make the impossible possible would put Edinburgh firmly on a constitutional collision course with London. Nicola Sturgeon’s party fell 1 seat short. However, along with the pro-independence Scottish Greens, Holyrood now has 72 of its 129 members in support of an independence referendum, the largest proportion in the history of the Scottish Parliament.

Response of the British Government

The British Governmental response to a threat to the Union from within has been harsh in the past. After Sinn Féin’s election success in 1918 British Prime Minister Lloyd George decided to double-down in his failure to comprehend, or refusal to believe, that his grip on the union and therefore power to shape its future had already slipped away. Emboldened after the 1918 general election, Sinn Féin formed a breakaway government declaring Irish independence in January 1919. Lloyd George responded by outlawing Sinn Féin and the Dáil Éireann, resulting in bloody conflict known as the Irish War of Independence. Over 2,000 individuals lost their lives, including 750 civilians. Many would argue that Prime Minister Lloyd George should have recognised the Irish people’s claim to sovereignty through the democratic mandate bequeathed to Sinn Féin at the ballot box, thus avoiding a political standoff that spilled out of the corridors of power and onto the streets. Historian Jason Knirck points out how even in negotiations between Dublin and London in the summer of 1921 that sought an end to the bloodshed of this conflict, Lloyd George “repeatedly tried to get the Irish to adopt a modified dominion status and membership in the Empire” (Knirck, 2006).  Over a century on, Prime Minister Johnson finds himself facing down his own secessionist opponent boosted by May’s elections and the largest mandate the Scottish National Party have ever secured. The Government of the United Kingdom may well refuse to grant Scottish Parliament a section 30 order and with it the independence referendum some have argue is Scotland democratic right. But as Lloyd George found out to his cost, to misjudge the mood and power of the public can be a grave error.

A century on from partition, the violence seen in Ireland 100 years ago is unlikely to rear its head in the land north of Hadrian’s Wall. The Scottish people voted for Devolution in 1997 and for the past 22 years have had democratic rights and freedoms manifested in their own Parliament running alongside Westminster.

Ireland’s quest to claim its sovereignty was, in part, a quest of armed struggle, embodied in violent conflict and a war of independence. However, it was also punctuated by acts of civil disobedience, spearheaded most notably by Arthur Griffith, who went on to lead the Irish delegation at the negotiations resulting in the 1921 Anglo-Irish Treaty. Acts of civil disobedience advocated by Griffith may provide inspiration to Scottish nationalists, but any comparison of armed struggle between the two Celtic independence movements falls wide of the mark. In Scotland civil disobedience manifests itself in peaceful protest, recorded and propagated by the onlooking mass media, both at home and abroad. Fighting in the streets, as was the case a century ago across the Irish Sea, will in all likelihood be replaced by a fight in the courts.

The future of the Union

In terms of the future of the Union, as well as the actions of those actively striving to achieve independence, what may prove to be a key factor in the Union’s undoing is not the actions of those seeking to breakaway, but rather the changing attitudes of voters whose belief in unionism has given way to a rise of apathy. A landmark poll published in The Sunday Times newspaper in January illustrates this point. Findings showed that in all four corners of the UK those respondents that believe Scotland will be an independent country 10 years from now substantially outnumbers those who do not (Allardyce, 2021). Findings also reflected how there was no majority in any home nation that would be upset by the prospect of an independent Scotland (Allardyce, 2021). It is likely that this divide will increase due to changing demographics. In Scotland unlike the rest of the UK, 16- and 17-year-olds can cast their ballots. And it is the young vote which is adding to the feeling of inevitability surrounding independence. 54% of under 25s backed ‘Yes’ in 2014’s poll. 6 years on, a poll published by The National newspaper in August 2020 in partnership with Business Scotland, found that 72% of 16 - 34-year-olds support independence (Richards, 2021).  This contrasts starkly with 62% of those over 55 who are vehemently against such a proposal. The generational divide is now one of the most entrenched of all dividing lines in western politics. This divide will continue to grow, thereby swinging the balance of voting intention towards pro-independence.

Some Unionists may argue that the Scottish independence referendum of 2014 was ‘once in a generation’. Yet in the 7 years since Scotland went to the polls, the world has changed irreversibly. Brexit, the rise of right-wing populism, along with the Covid-19 Pandemic means that the terms of which Scotland answered ‘Yes’ or ‘No’ to that border poll are now doubtful. Irish writer and politician Arthur Griffith once said of his homeland "Let us stand as free partners equal with England and make after 700 years the greatest revolution which sees the two countries standing, not apart as enemies, but standing together as equals" (Hull, 2021). It is this belief that nation states can collaborate standing shoulder to shoulder, rather than in opposition to each other, that drives Nicola Sturgeon’s approach to Scottish independence today.

It is not only Scotland that is being affected by demographic shifts. Recent trends in public opinion suggest that in the future a further splintering of the Union is likely. The union of Great Britain and Northern Ireland has remained steadfastly intact for a century. During that time, it has navigated threats to its constitutional make up, most notably through the boundary commission, the Troubles, and more recently, the 2014 Referendum on Scottish independence. However, indications are that a United Ireland could follow Scotland in a further breakup of the Union as we know it. A poll commissioned this month by the Belfast Telegraph to mark the anniversary of partition shows that a small majority in Northern Ireland now believe they will see a United Ireland in their lifetime. Demographic shifts are at the forefront of changes in attitudes towards independence. It is expected that when published, the results of the 2021 Census will show that for the first time since partition, Catholics will form the largest population bloc in Northern Ireland  (Rutherford, 2021). Parallels between Northern Ireland and Scotland are clear. Changes in voter attitude, in demographics and the consequences of Brexit in nations that voted to stay in the European Union will be the key drivers of any possible move to secede from Westminster.

The 20th Century saw the end of Empire and Britain’s departure from the world stage as a global superpower. The current century has been marked by a rise in populism, politics of place, and the increasing importance of cultural national identity. This climate has already resulted in Brexit and looks set to further dictate the fortunes of the United Kingdom of Great Britain and Northern Ireland. Many different factors will determine how the Union will look in another hundred years. On the centenary of the Government of Ireland Act, Westminster should contemplate lessons to be learnt from history. In the past Westminster has sought to control a nation edging towards independence by any means necessary. However, developing trends in voter attitudes and changing demographics suggest that despite Westminster digging their heels, a century from now, the makeup of the Union will look substantially different to how it does today.

Hull, E., 2021. Speech of Arthur Griffith in Dail Eireann on December 19, 1921, in moving the approval of The Treaty - History of Ireland and Her People. [online] Libraryireland.com. Available at: <https://www.libraryireland.com/HullHistory/Appendix7b.php> [Accessed 2 June 2021].

To understand more about the history of the Scottish nationalist movement see BOA’s collection: https://microform.digital/boa/collections/70/scottish-nationalist-leaflets-1844-1973

Anthony Hogg has a degree in history from Newcastle University.