Britain and the Second World War: Identity and Remembrance

Britain and the Second World War: Identity and Remembrance

The anniversary of VE (Victory in Europe) Day on 8th May marks the end of the war in Europe and Germany’s unconditional surrender to the Allies. As it coincides this year with the final year of centenary commemorations of the First World War, it offers us a moment to reflect on the different ways in which the Second World War is remembered in Britain. The Second World War remains central to contemporary understandings of Britain and British national identity. In particular, the epochal events of 1940 - Dunkirk, the Battle of Britain and the Blitz – are said to have heightened a sense of British national consciousness. Churchill contemporaneously proclaimed this period as Britain’s ‘Finest Hour’ and, following the Fall of France, characterised Britain as standing ‘alone’ against the Nazi threat. The Blitz, a sustained aerial bombing campaign from September 1940 to May 1941 in which over 40,000 civilians were killed, is commonly framed as a moment of endurance, stoicism and heightened social solidarity. Some of the most enduring images of Britain in the Second World War are associated with the domestic home front: crowds congregating in underground shelters for protection, volunteer wardens and firefighters, the Home Guard and children being evacuated by train. Sonya O’ Rose suggests that those who best represented Britain at war were not exceptional individuals but rather everyday, ordinary people: those who were all ‘doing their bit’. Contemporary representations, including Churchill’s speeches, newsreels, documentary films, and BBC radio broadcasts, all contributed to and reflected the ‘Blitz Spirit’. In this way, the war came to symbolise what it meant to ‘be British’. 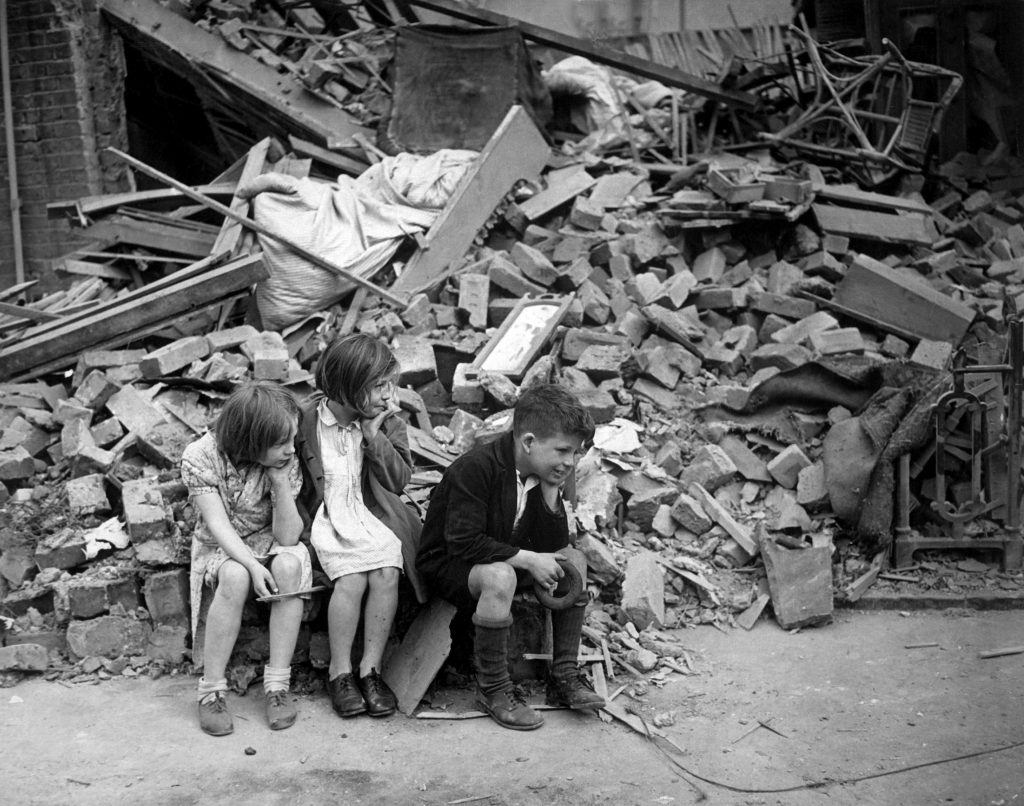 However, in his classic texts, The People’s War (1969), and The Myth of the Blitz (1991), Angus Calder highlights the inherent tensions within this notion of wartime unity and attempts to draw a more nuanced picture, drawing attention to ‘panic and defeatism after big air raids’, the looting of bombed premises, increased juvenile delinquency and blackmarketeering. Rose also notes how this determined focus on social unity during the war downplays differences in experience on the grounds of class, gender and ethnicity. During the war there was evidence of class antagonism, revolving around questions of shelter access, rationing, evacuation and war work obligations. There was widespread coverage of this perceived ‘unfairness’: a sense that the more privileged classes were protected from the hardships of war. The 1941 National Service (No.2) Act allowed the conscription of women into the auxiliary services, munitions factories or civil defence but their wartime roles remained defined by gender. The idealised figure of the housewife continued to be lauded as the cornerstone of the nation and women war workers often faced the dual burden of fulfilling traditional domestic duties whilst undertaking full shifts. The war also led to the construction of those who were perceived as racially different as the internal ‘other’. In the case of German, Austrian and Italian nationals they were categorised as the ‘enemy within’; between May and June 1940, the War Office implemented a policy of mass internment with over twenty five thousand ‘aliens’ (including Jewish refugees from Nazism) placed in internment camps. There was also a mixed reception to the heightened black presence in Britain which included colonial troops and volunteer workers who travelled from the West Indies and East Africa to aid the British war effort, as well as black GIs who arrived as part of the US army’s invasion force. State and popular anxieties centred particularly on the idea of interracial relationships—‘miscegenation’—between black men and white women. 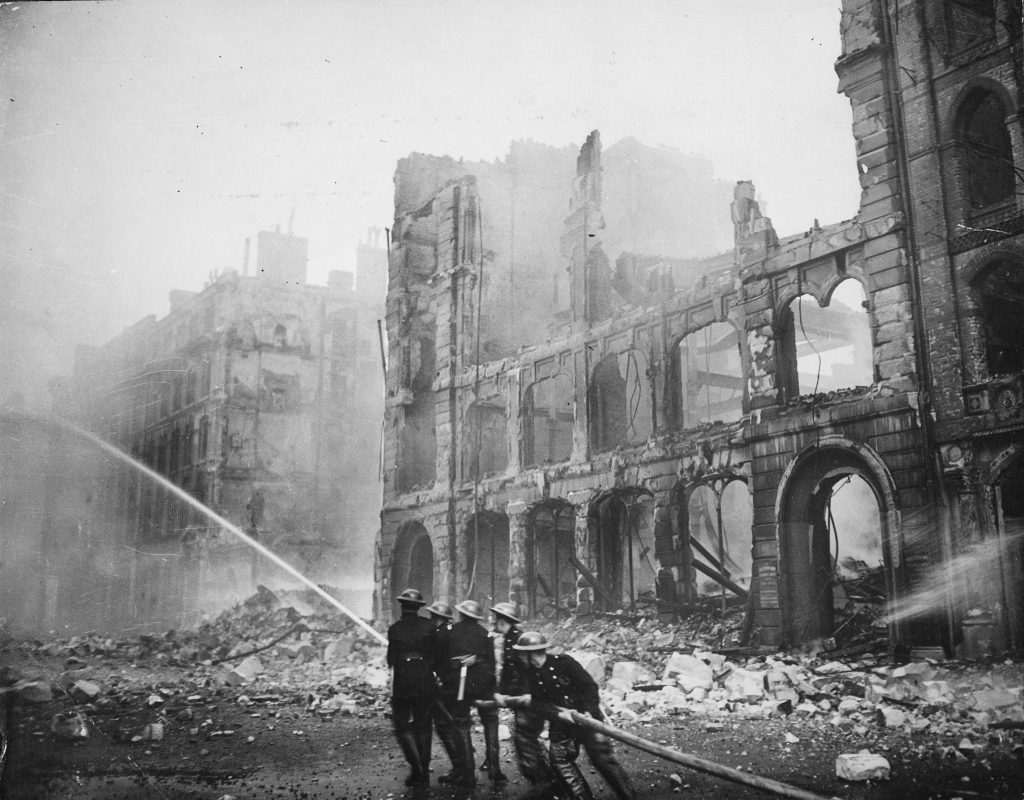 Anti-Semitism also intensified in Britain during the war. In addition, Paul Ward and Daniel Travers point to the need to acknowledge the regional diversity of British wartime experience. They highlight how an expanded vision of ‘the British archipelago’ which incorporates its smaller islands begins to illuminate the ‘darker side’ of Britain’s war story: the Isle of Man as a site of internment, for example, and the fact that the Channel Islands were the only part of the British Isles to experience Nazi occupation. The notion that in wartime there should be equality of sacrifice contributed to the popular construction of the Second World War as a ‘People’s War’, an early propaganda slogan. There was an evident desire to reconstruct a better post-war society and to ‘never return’ to pre-war levels of poverty and deprivation. The post-war consensus and commitment to a mixed economy, full employment and the welfare state, which endured until the 1970s, was underpinned by this perceived wartime enthusiasm for a fairer society. In the early 1980s, the memory of the Second World War was reinterpreted from the political right as a period of exemplary national solidarity. This was particularly encouraged by the Prime Minister Margaret Thatcher during the Falklands War of 1982 when the Second World War was re-remembered as an assertion of British patriotism. Thatcher resurrected a Churchillian vision of a proud island standing firm against dictators in defence of democracy. 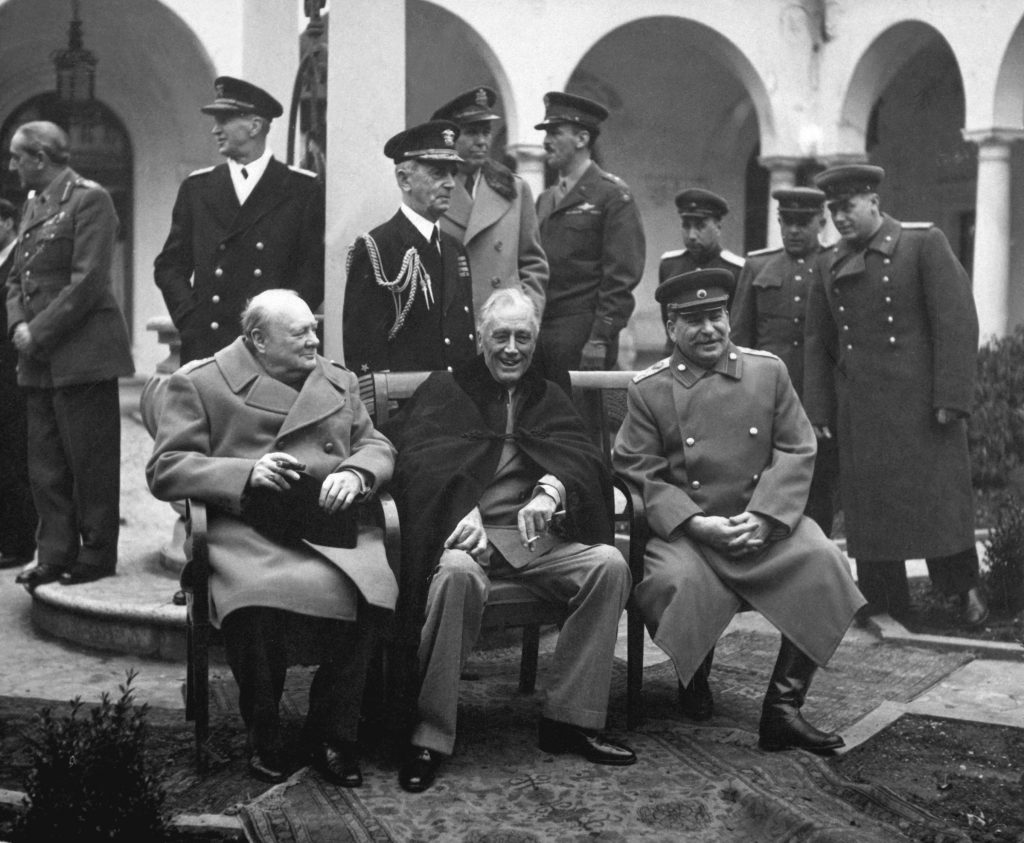 From the mid-1980s onwards, therefore, the Second World War has been more formally commemorated. As Janet Watson puts it, Britain’s ‘Total War’ is now commemorated by ‘Total Anniversary’ with Dunkirk, the Battle of Britain, D-Day and VE Day being key calendar events within this commemorative cycle. Watson notes a shift from the war being recalled as a war of soldiers and battles to being ‘the war of the people’ which enables ‘everyone’ to claim the British wartime victory and idea of national accomplishment that came with it. At the same time, the narrowly ritualistic nature of British remembrance of the Second World War means that major aspects of the conflict such as the Eastern Front, the war in the Far East or the role of the Navy remain curiously side-lined, as does an acknowledgement of key military engagements involving other combatant nations. Finally, the persistent idea that Britain stood ‘alone’ also indicates a level of national amnesia about the contribution of troops and workers from the British Empire and Commonwealth.

David Patterson is a professor of literature and history at the University of Texas, Dallas and the Hillel A. Feinberg Chair in Holocaust studies. A winner of the National Jewish Book Award and the Koret Jewish Book Award, Patterson has published more 30 books and more than 140 articles and chapters in journals and books in philosophy, literature, Judaism, Holocaust and education.